Inspect your yard and home thoroughly. If the answer to any of the following questions is yes, you may have a rat problem.
-Do you find rat droppings around dog or cat dishes or pet food storage containers?
-Do you hear noises coming from the attic just after dusk?
-Have you found remnants of rat nests when dismantling your firewood stack?
-Is there evidence rodents are feeding on fruit/nuts that are in or falling from the trees in your yard?
-Do you see burrows among plants or damaged vegetables when working in the garden?
-Do you see rats traveling along utility lines or on the tops of fences at dusk or soon after?
-Have you found rat nests behind boxes or in drawers in the garage?
-Do you see burrows beneath your compost pile or beneath the garbage can?
-Are there rat droppings in your home?
-Have you ever had to remove a drowned rat from your swimming pool or hot tub?

Threats:  Mice spread more germs than you know.   Sure, you know that mice can spread diseases like  Salmonella, but that’s just the beginning. In fact, mice can actually carry as many as 200 human pathogens!

A mouse (Mus), plural mice is a small rodent characteristically having a pointed snout, small rounded ears, a body-length scaly tail and a high breeding rate. The best known mouse species is the common house mouse (Mus musculus). It is also a popular pet. In some places, certain kinds of fieldmice are locally common.

All pocket gophers create a network of tunnel systems that provide protection and a means of collecting food. They are larder hoarders, and their cheek pouches are used for transporting food back to their burrows. Gophers can collect large hoards. Unlike ground squirrels, gophers do not live in large communities and seldom find themselves above ground. Tunnel entrances can be identified by small piles of loose soil covering the opening. Their burrows can be found in many areas where the soil is softer and easily tunneled. They often appear in vegetable gardens, lawns, or farms, as gophers like moist soil. This has led to their frequent treatment as pests.
Gophers eat plant roots, shrubs, and other vegetables such as carrots, lettuce, radishes, and any other vegetables with juice. Some species are considered agricultural pests. The resulting destruction of plant life then leaves the area a stretch of denuded soil. At the same time, the soil disturbance created by turning it over can lead to the early establishment of Ecological succession in Communities of r-selectedand other Ruderal plant species. The stashing and subsequent decomposition of plant material in the gophers' larder can produce deep fertilization of the soil. 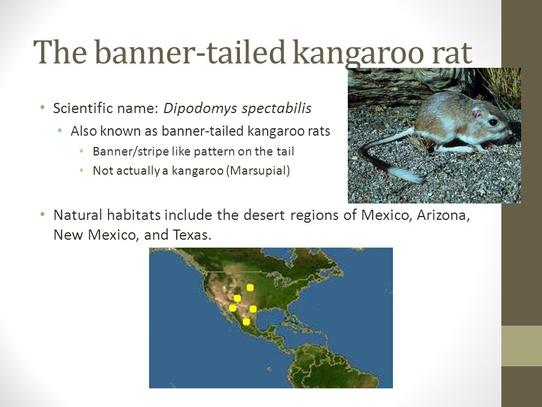 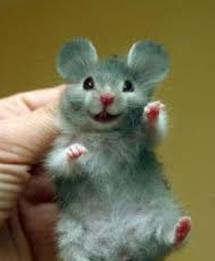 Kangaroo Rat
Despite its name and mouse-like appearance, the Kangaroo Rat is actually not a rat or a mouse, The Kangaroo Rat is a member of the heteromyidae family, with its closest relative being the pocket gopher.
Kangaroo Rats have long tails and larger hind feet with only four toes. Their eyes are very large, while their ears are incredibly small. Kangaroo Rats are very small animals, weighing up to 4.5 ounces, which is about the weight as a granola bar. Their fur is a yellowish-brown with a white belly, while the tail has a noticeable white tip.
The Kangaroo Rat tends to live in the desert flat lands, creosote flats, and the sandy soils of the desert washes. The rats will dig burrows into the soil to better survive the sometimes harsh desert environment. 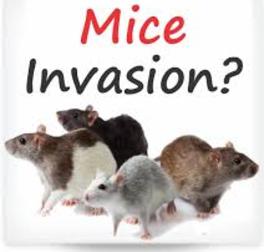 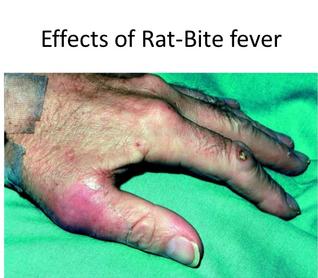 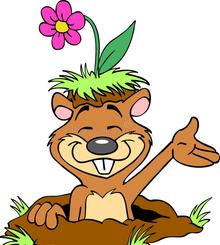 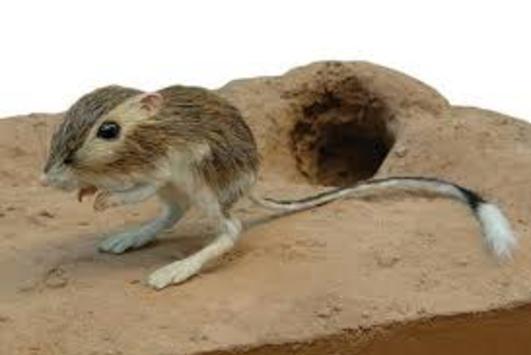 Pocket gophers are destructive diggers that can be a nightmare for property owners. They use their sharp claws and teeth to excavate underground tunnels and burrows, which can quickly lead to extreme lawn damage. Pocket gophers get their name from the fur-lined cheek pouches that they use to transport food to their burrows. Learn more interesting gopher facts below. 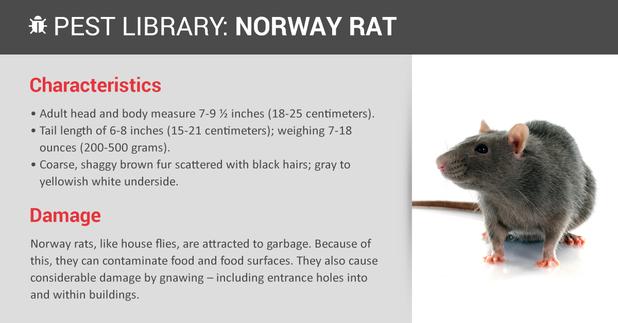 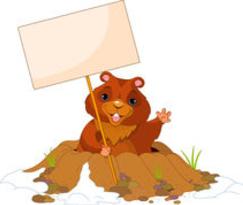 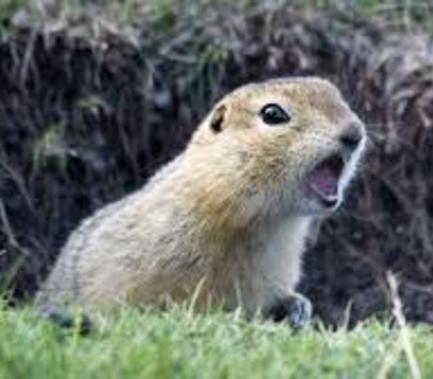 Tips
Mice can be fond of peanut butter,  try using that to get them in traps.
Keep your big bag of pet food in a metal trash can. You can also make some mice-friendly traps to capture the mice without killing them. ...
Use vegetable oil to release mice from glue boards humanely without injury and release them into the wild. 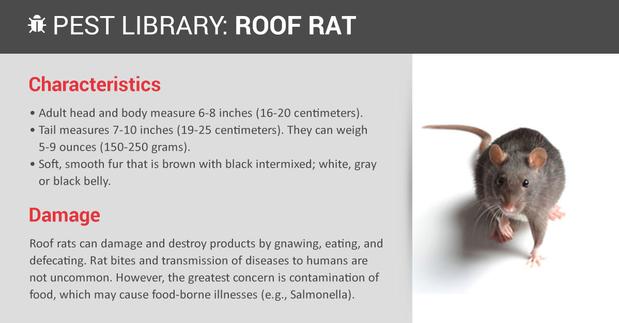 Do Gophers have rabies?
Small rodents, including mice, rats, gophers, chipmunks, squirrels, rabbits and hares, rarely have rabies and are not known to have transmitted rabies to humans. You should always consult with your physician regarding bites from these animals.

Pets and rat control
Many of the methods and materials used to control rats can affect pets as well. All rodent baits are toxic to dogs and cats, so be cautious when using these products. Because anticoagulants are cumulative and slow acting to various degrees, depending on whether it is multiple or single feeding, dead rats can contain several lethal doses of toxicant, and secondary poisoning of pets and wildlife is possible if they eat several rat carcasses over a few days. While this secondary poisoning is possible, it isn’t common with the first-generation anticoagulants. Most fatalities in pets involve dogs and are due to the animal eating the bait directly (primary poisoning) or a combination of direct bait consumption and secondary poisoning. Concerns about both primary and second hazards of second-generation anticoagulant baits led the EPA to restrict their retail sale in mid-2011, making them available only to agricultural users and professional pest control personnel. When such baits are in use, extra caution is needed, as exposure to even a single dead rodent might be enough to poison a pet.
The best precaution is to keep pets away from bait and dead or dying rodents. Dispose of dead rodents by burying them or by placing them in a sealed plastic bag and putting them in the trash. Do not handle them with bare hands. 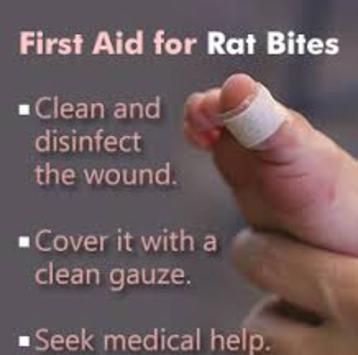 What attracts mice in your house?
House mice are omnivorous but prefer to consume grains, fruits and seeds. Consequently, they may cause severe damage to crops and domestic gardens. Although it is commonly believed that mice are attracted to cheese, they tend to prefer foods that are higher in carbohydrates.

Rats are some of the most troublesome and damaging rodents in the United States. They eat and contaminate food, damage structures and property, and transmit parasites and diseases to other animals and humans. Rats live and thrive in a wide variety of climates and conditions and are often found in and around homes and other buildings.

Threats: ​ Rats carry at least 60 communicable diseases, including Hantavirus, leptospirosis, typhus and meningitis. Known to bite people when they’re sleeping, rats transfer diseases through saliva, including rat-bite fever which causes symptoms like fever, vomiting and joint pain and can be fatal if left untreated.

Threats: Since gophers spend so much of their time underground, interaction with humans is limited. Still, they will bite when they feel cornered or scared. Their teeth are not particularly sharp, but the pests can still break the skin. Gopher bite sites may swell and appear red or bruised.